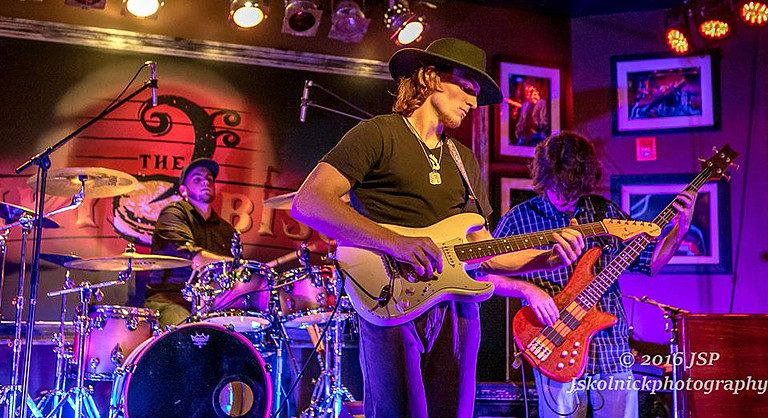 Shaw Davis is quickly becoming an artist to watch in Contemporary Blues-Rock.  He’s a fast and flashy player whose approach rests equally on technical assurance and musical intelligence.

Born April 4, 1995, the young guitarist has burst his way onto the Blues-Rock scene and is already known for his raw and emotional style.  Backed by long-time friend, drummer Bobby Van Stone and bassist Patrick Stevenson, Shaw Davis & The Black Ties feature their own brand of Psychedelic Blues-Rock that continues to win over fans and crowds of all ages.

Formed May of 2016 out of Pompano Beach, Florida, the young power trio made multiple appearances on Blues Radio International and has been featured in South Florida Music Magazine for their crowd pleasing performances.