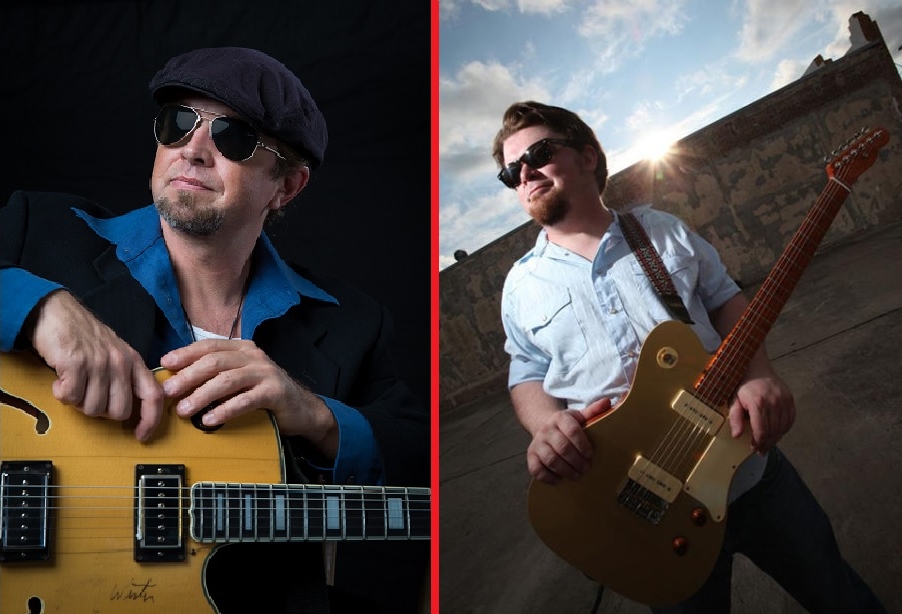 Born and raised in Brandon Florida just outside of Tampa, Damon first picked up the guitar at the age of 12. After being shown a few chords, it was apparent that he was a natural. While his friends were listening to the music flavor of the month, Damon was digging into the Blues, and was soon playing small clubs in and around the Tampa Bay area. Years later with thousands of shows behind him, you’ve got one of the most unique and seasoned acts on the national circuit.
Damon has been invited to many major festivals, and has graced the stage with the best in the business. He has three successful CD’s under his belt, and is currently working on a fourth.

His playing, writing, and vocal ability has brought him many accolades. His latest include Creative Loafing magazines “Best Guitarist, Best Lap-Steel player, Best Do-Bro player, & Best Slide player”, all rolled into one tight package. Damon has been touring the country since November 2004, and has built a dedicated fan base throughout. Current lineup is Damon on guitar and vocals, Chuck Riley on bass, and Scott Key on drums.

JP Soars (BLUES) Fiery South Florida guitarist J.P. Soars and his swinging band the Red Hots took first place in the 25th annual International Blues Challenge, held in Memphis in January 2009, beating out over 160 other contestants from around the world. Soars also individually won the event’s Albert King Award, which established him as the best guitar player in the competition. They’ve recently released their own self-produced album, Back Of My Mind, which features plenty of Soars’ incendiary fretwork on a mix of original tunes and inspired covers.