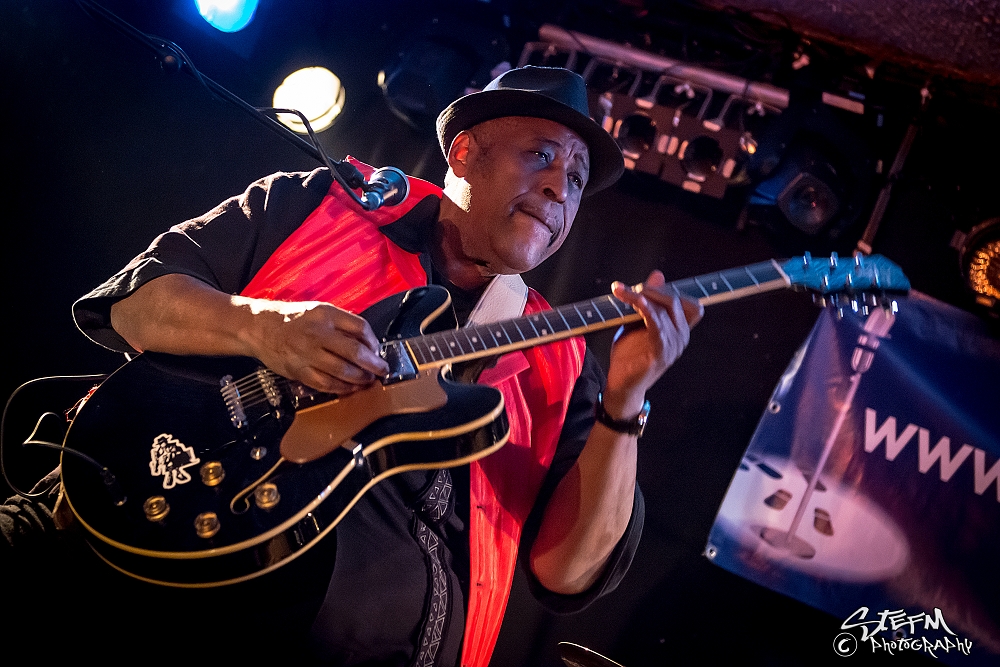 Joey Gilmore returns to The Bank & Blues on August 3rd!

After teaching himself to play guitar at an early age, Gilmore began performing in public with a small band of like-minded youths. At first, he played and sang in church, his repertoire largely religious music, but gradually incorporated secular music and thus widened his audience although he and his band’s club dates were usually in establishments they were too young to legally enter.

In the 60s, Gilmore moved to the southern end of his home state where he became a popular figure on the local blues scene and was often called upon to accompany visiting musicians. He recorded from the mid-70s, releasing some EPs and there was also a late 80s album but it was not until the early 90s that his recordings began to appear regularly. Gilmore has appeared at numerous blues and/or jazz festivals, including Fort Lauderdale, Hollywood, Mississippi Valley, Montreux, Riverwalk, Taiwan, and at the Blues Foundation’s International Blues Challenge in Memphis, Tennessee, where he appeared in 2006 to great acclaim, winning the Best Band division.