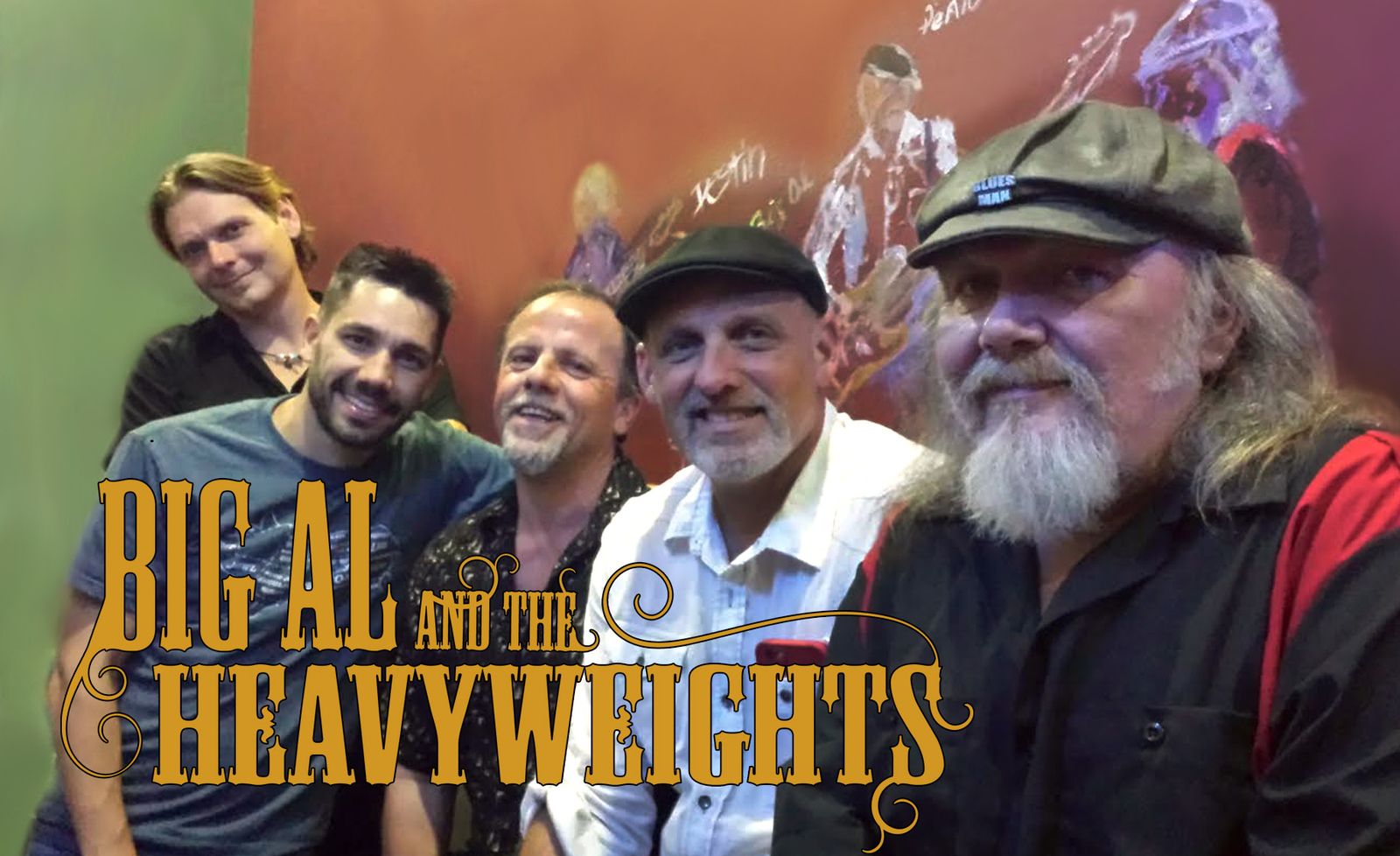 From Cajun to Zydeco to Blues to Rock and everything in between, Big Al & the Heavyweights offer a musical gumbo sure to please all. Formed in 1996 as the Unknown Blues Band , with founding members Big Al Lauro, Warren Haynes ( Allman Bros, Gov’t Mule), Rick Gergen ( Sweethearts of the Rodeo), the band has been featured at festivals and venues throughout the US. The new Cd “Sunshine On Me” was produced by noted roots music guitarist / songwriter, Anders Osborne who also plays on several tracks. Warren Haynes lays down some slide guitar work on the title track. This is the band’s 6th cd release. Their live performances are family oriented, energetic and most of all fun. They have been staples at the WC Handy Festival in Muscle Shoals, AL as well as the Mardi Gras Celebration at Universal Studio’s in Orlando. This is a show you don’t want to miss!

Online ticket sales have ended.  All remaining seats available at the door for $10.